Glenna Burmer’s production of Nana korobi, Ya oki was recently honored with two awards at the Independent Shorts Awards, an international film festival based in Hollywood, Calif. 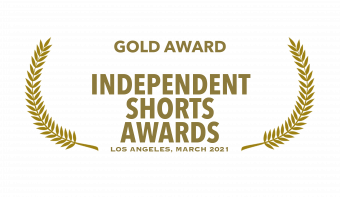 Burmer’s animated film, part of the March 2021 ISA festival, received a gold award for Best Animation Short and an honorable mention for Best Original Score. The Burmer film was selected from a pool of submissions from 29 countries. According to ISA officials, fewer than 30 percent of entries were selected as award winners.

Read more about Nana korobi, Ya oki on the festival website.

Nana korobi, Ya oki  is the story of a young girl in Japan who overcomes seven trials to save an orphan during a snowstorm was created and produced by Glenna Burmer with assistance from artistic director Gaby Breiter of Deep Sky Studios in Portland, Oregon. The original music featuring woodwinds and strings was composed by Glenna Burmer and recorded by Dynamedion in Germany.

Each season, films submitted to ISA are judged against a high standard by a team of invited experts from academia and the film industry. The monthly winners are automatically qualified to compete and be screened at the ISA annual event.

This spring, Burmer’s film has been recognized at film festivals in the U.S. and Canada, receiving awards for best animation, best female composer and outstanding achievement. The film was also selected to be screened internationally at the London International Short Film Festival for 10 days, beginning May 6.