“Musica Bella,” a jazz composition by Nan Avant that premiered at the Celebrate Jazz! concert in Seattle on April 28, 2018, was nominated for a Hollywood Music in Media Award. Celebrate Jazz!, produced by Burmer Music, featured six jazz composers whose music was performed live by an orchestra of some of Seattle’s top musicians. 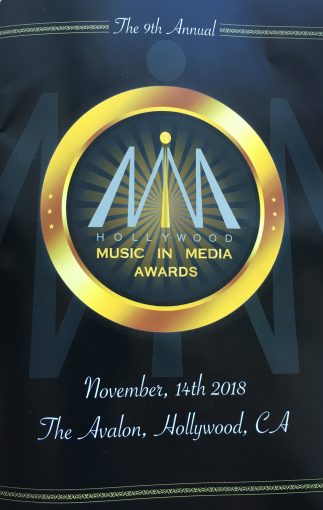 Avant’s composition was among 10 nominated in the jazz category, which also included veteran jazz artists Paul Messina and Alphonso Johnson. Johnson was announced as the winner in the jazz category at a gala dinner held in Hollywood, Calif., on November 14.

“We’re delighted that Burmer Music continues to bring such high-quality composers to the music scene in Seattle,” said Glenna Burmer, managing director. “This national recognition, and other awards we’ve garnered, point to the talent and originality of our composers.”

HMMA is an international music competition with two categories: music in media and music genre. Award categories include alternative rock, hip hop, jazz, blues and contemporary/classical/instrumental, among others. Its awardees are considered precursors to the Academy Awards.

“The evening was spectacular and gave me the opportunity to meet some very talented musicians and composers,” said Avant. “I’m honored to have been among this elite group of jazz musicians.”