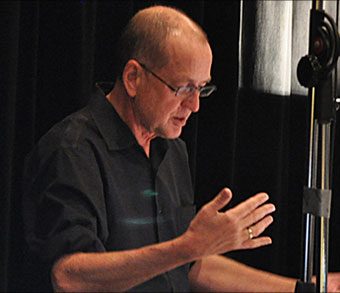 
Winner of the 2011 Grammy Award for Best Engineered Classical Album, David Sabee has conducted three of our concerts: Symphonic Stories, Celebrate World Music! and Dante’s Inferno. Sabee has been a member of the Seattle Symphony since 1986. Before that, he was a member of the Milwaukee Symphony, American Composer’s Orchestra and Brooklyn Philharmonia. A founding member of Seattle Chamber Players, Sabee has toured worldwide, performing more than 100 SCP-commissioned works. In 2010, he received the Mayor’s Award for Outstanding Achievement in Film (with Seattle Music Inc.) for his work on hundreds of motion pictures, including the collaboration with Gustavo Santaolalla and Ang Lee on “Brokeback Mountain,” winner of the 2006 Oscar for Best Original Score.