Composer and concert producer Glenna Burmer finds her inspiration in different ways. From the devastating earthquake and tsunami that hit Japan in 2011, which inspired Symphonic Stories, to the mysteries of the cosmos, which was the basis of Origins: Life and the Universe, Burmer Music concerts feature innovative collaborations between composers and musicians around a central theme, resulting in world-premiere performances.

The idea for Celebrate Jazz! was planted while Burmer was preparing for the Origins concert, which premiered at Benaroya Hall in 2015.

“I asked French astronomer Daniel Pomarede, who is tops in his field, to help with some of the video I needed for that production,” Burmer said. “He spent six months helping me but refused to accept any payment. Then I learned that his daughter Naémi was a brilliant pianist. I rewrote one of my compositions to feature a piano solo and strings.” 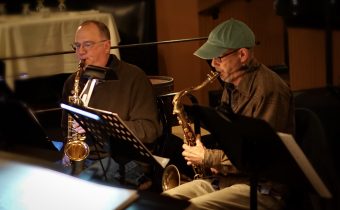 The music was infused with a jazzy beat and one thing led to another. “I contacted five composers I’ve worked with before, who are all experts in jazz, and asked if they were up for another concert” said Burmer. “They were thrilled and Celebrate Jazz! was born. Naémi will travel from Paris to perform this piece at our concert.”

The evening includes four original songs with vocals performed by local jazz favorite Nancy Erickson. The rest of the musical program will be instrumental selections. 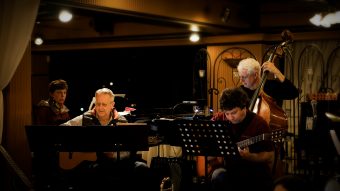 The jazz theme is enhanced by the Art Deco-inspired setting of the Lake Union Café where the concert will be held. Gleaming wooden floors, banquettes tables, shiny copper ceiling tiles and seating for around 90 guests create an intimate 1920s jazz club interior.

Many concert-goers will be dressed in Great Gatsby-era costumes—from flapper dresses with long strings of pearls to fedoras and three-piece suits.

For Burmer, collaborating with her fellow composers and working outside her comfort zone are some of the elements she enjoys most about creating an evening of music. “There are so few opportunities for composers to hear their own music performed live since many compose for film, video or the gaming industry,” she said. “My goal is to combine the finest composers with the most talented musicians and create a musical treasure for the audience as well as the musicians to enjoy.”

Want to be the first to hear about Burmer Music news and upcoming concerts? Send us an email and we’ll add you to the fan list.