There were beautiful costumes, complete with feathers, sparkly brooches and elbow-length gloves. Intricately beaded flapper dresses, swanky vests and wool fedoras, even a Salvador Dali look-alike complemented the Art Deco-inspired décor of the Lake Union Café. Most members in the 16-piece jazz orchestra sported feather boas of many colors. 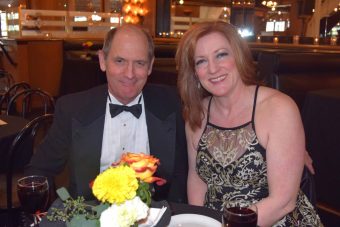 Concert-goers thrilled to the vocal artistry of jazz singer Nancy Erickson (left), one of the most talented vocalists working in Seattle jazz today. Erickson performed several of her own compositions as well as two pieces composed by Glenna Burmer (right). 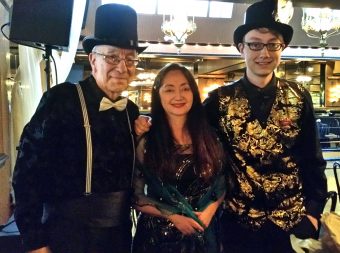 Angeles Jazz Scene called Erickson “a skilled singer who is also an excellent songwriter,” and Jazz Lives cited her “wit, affection, reverence for tradition, and a thoroughly winning originality.”

French teenage prodigy Naémi-Eve Pomarede, a young piano superstar, flew in from Paris earlier that week to perform on several compositions.  Still a teenager, Pomarede’s amazing musicality belies her years, and she wowed the crowd in an encore that featured two classical works.

During the intermission, the 90 guests were entertained by the artistic talents and physical 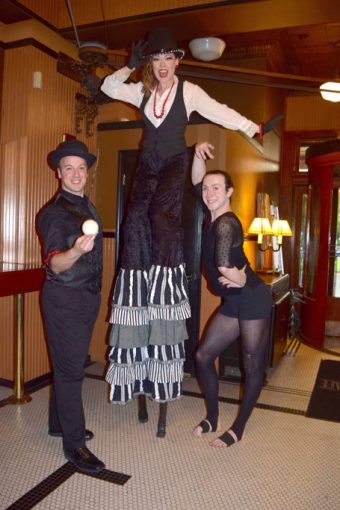 Keeping the program moving, as well as supplying his own style of entertainment, was master-of-ceremonies Eric DuBois, also known as The Genie (left). 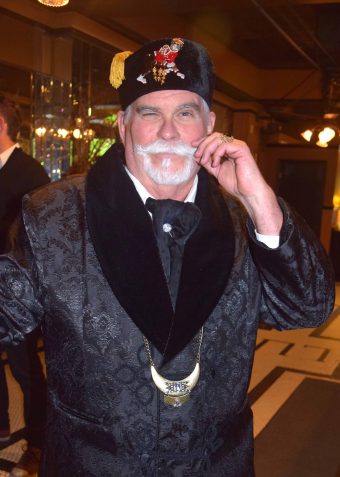 Talented composers from both coasts premiered their jazz compositions at the concert. Composers were Nan Avant, Barry Dowsett, Eric Goetz, Tim Huling and Glenna Burmer. Tim Huling was conductor for the evening.

Lake Union Cafe delighted concert-goers with a delicious multi-course meal of small plates, from appetizers to a cheese course and dessert, delivered tableside with aplomb.

More Burmer Music concerts are in the works. Sign up for our fan club and you’ll be the first to know what’s coming up next! 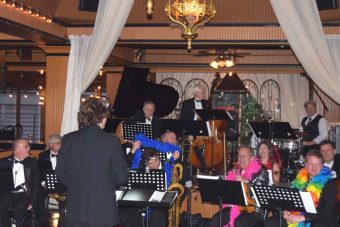