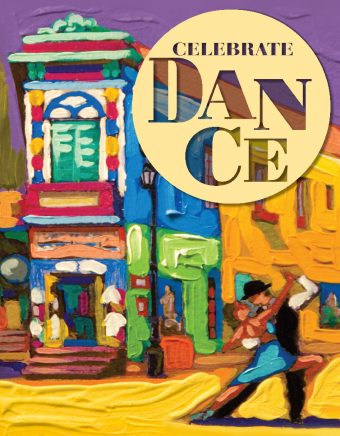 As has become its signature style, concerts from Burmer Music feature innovative collaborations between composers and musicians that center on a theme. Each composition is created solely for the event, resulting in dynamic world-premiere performances.

For Celebrate Dance, which opens in early 2020, dance is added to the mix – but not just for the professionals. Audience participation is often part of a Burmer concert. In Celebrate Dance, expect a conga line set to the beat of original music and snaking around the concert hall venue.

The concert will include original music by top composers from both the Northwest and the East coast. Tim Huling of Boston, Mass., and Nan Avant of Seattle, are two of the composers already on board. Huling will also conduct an orchestra made up of Seattle musicians.

For Burmer, collaborating with fellow composers is an integral part of the production experience as well as a personal joy. “There are so few opportunities for composers to hear their own music performed live since many compose for film, video or the gaming industry,” she said. “My goal is to combine the finest composers with the most talented musicians and create a musical treasure for the audience as well as the musicians to enjoy.”

Want to be the first to hear about Burmer Music news and upcoming concerts? Send us an email and we’ll add you to the fan list.