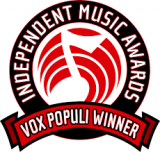 The Independent Music Awards cover a broad spectrum of today’s global independent music scene. More than 330 nominees in some 80 categories representing albums, songs, music videos and design were culled from thousands of submissions from around the globe.

“Celebrate World Music” brought together eight composers who created original works for an instrument associated with a particular country or culture. The instruments included a stringed Persian tar, didgeridoo, bagpipes, Uilleann pipes, Flamenco guitar and cimbalom, among others.

Burmer Music has been called “an unexpected new presence in Seattle culture” by the Seattle Times. The company’s most recent production was “Origins: Life and the Universe,” which juxtaposed music with dazzling images from space and was produced in collaboration with the Departments of Astrobiology and Astronomy, University of Washington. It premiered in Seattle’s Benaroya Hall in fall 2015.