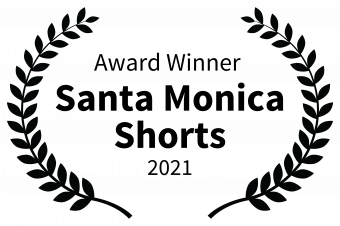 Glenna Burmer’s Nana korobi, Ya oki, a story about a young girl in Hokkaido who overcomes seven trials to save an orphan during a snowstorm, has once again been selected an award winner – this time by the Santa Monica Short Film Festival.  Burmer’s entry won this month’s Best Animation Award.

The film’s title is from a well-known Japanese proverb which says:  “Seven times you may fall, but get up the eighth.” The short film was created and produced by Glenna Burmer with assistance from artistic director Gaby Breiter of Deep Sky Studios in Portland, Oregon. The original music featuring woodwinds and strings was composed by Glenna Burmer and recorded by Dynamedion in Germany.

This is the third film festival this spring in which Nana korobi, Ya oki has taken top honors. The short film won Best Animation and Best Female Composer awards on April 7 from the Toronto International Women Film Festival. Earlier this year, Burmer won the Outstanding Achievement Award for Animated Short from IndieX Film Festival.

Santa Monica has been an artistic center of Southern California for generations. Its Short Film Festival is dedicated to finding new voices and perspectives to celebrate the power of cinema, independent filmmaking and art, acting as a viable cultural alternative to the commercial film experience.

The monthly winners have the option to be screened online every month. Each year, festival officials will screen the best of the monthly editions in the annual screening and competition.

Burmer, a composer and artist, has been producing live concerts, music and dance programs for about a decade. As president of Burmer Music LLC for the past decade, she has produced six contemporary classical music CDs or music compilations, including three concerts at Benaroya Hall in Seattle and a ballet at the Meydenbauer Center in Bellevue, Wash.