With concert halls and recording studios shuttered during most of 2020 and into 2021 because of the pandemic, musicians had to find creative ways to stay productive. 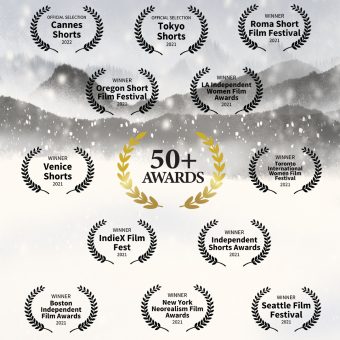 For Glenna Burmer, that meant collaborating in a new artistic medium, merging her original compositions with video animation. The result is Nana korobi, Ya oki, a story about a young girl in Hokkaido who overcomes seven trials to save an orphan during a snowstorm.

The animated short film won more than 50 awards from both national and international film festivals. The film was honored for both its animation and musical score, and was recognized by two film festivals (Los Angeles and Toronto) that focus on stories empowering women and created by independent female directors or composers.