With concert halls and recording studios shuttered for the past year because of the pandemic, musicians have had to find creative ways to stay productive. 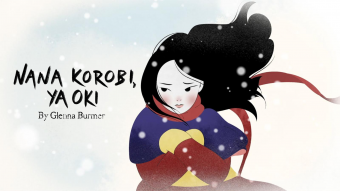 , owner Glenna Burmer began collaborating in a new artistic medium, merging her original compositions with video animation. The result is Nana korobi, Ya oki, a story about a young girl in Hokkaido who overcomes seven trials to save an orphan during a snowstorm. The film’s title is from a well-known Japanese proverb which says:  “Seven times you may fall, but get up the eighth.”

Acclaimed by audiences and critics alike, her productions have won several awards, including the 2014 Independent Music Vox Populi Award for both the best contemporary classical album and the best instrumental for Celebrate World Music!